Cuddles, the Persian cat, was worth a million dollars to Izak Teller and his wife, Barbara. Because of Cuddles, they were rejected from the ability to live in a fully renovated unit overlooking the Intercostal in Palm Beach, and bought a less desirable unit that they were required to renovate. The matter settled, and the Tellers received a settlement of $275,000 to vindicate their rights under the Fair Housing Act. This equates to an amount that is worth twice of Cuddles’ weight in gold.

Cuddles was Barbara’s emotional support animal. For over 20 years, Barbara suffered from spinal injury which caused her extreme pain and limited her mobility. This caused her significant pain, depression and anxiety. She found that having Cuddles reduced her anxiety and depression, and lessened her reliance on psychotropic medication. In 2011, Izak Teller was diagnosed with stage three colon cancer, and while recovery from stage three cancer is difficult, with the support of Cuddles, Izak pulled through and was cured.

In 2011, Izak and Barbara wanted to live at the Cove, a luxury apartment in Palm Beach. The apartment was fully renovated and move-in ready, with a cabana. It was the deal of a lifetime and too good to pass up, but it had a no pets rule. Izak and Barbara contracted for the apartment and advised the condominium association, as they had done in previous apartments, that Cuddles was Barbara’s support animal, and permitted under the Fair Housing Act. Cuddles did not leave the apartment, and as demonstrated above, slept for much of the day. He was a house cat.

However, an owner, an attorney from New York, who lived on the same floor said no. She did not want Cuddles, and since she was allergic to cats, if Cuddles was allowed to move in, then she was going to sue. The Cove Condominium Association was in a difficult position – between a cat and a New York lawyer. The condominium sided with their resident under threat of a lawsuit and said no to the Tellers. The Tellers lost the deal and bought a condominium without a cabana in Palm Beach, and spent a considerable sum renovating the condominium. Izak Teller did much of the renovation himself, despite being treated for stage four cancer, but they still were with Cuddles.

The neighbor who threatened to sue admitted to exposing herself to cats, cat dander and cat hair when she visits a friend’s apartment and when a friend who owns a cat visits her in her home. The neighbor takes an antihistamine which alleviates her symptoms and she has not had adverse side effects. As such, Cuddles the Cat would not have an undue burden to her or any other resident of the Cove Association. However, even if the neighbor was highly allergic to cats, the Tellers explained that Cuddles is a house cat, and that because each apartment had an individual air condition unit that is separate from the building air conditioning, the cat hair or dander would not affect any other tenant. Further, the cat will be brought to the unit in a closed carry case and will stay in the unit with Mrs. Teller; and any allergist would not be able to testify with reasonable medical certainty that the board member’s allergies could be affected under these circumstances.

On or about February 28, 2012, Plaintiffs filed a complaint with the Palm Beach County Office of Equal Opportunity (“OEO”) and the U.S. Department of Housing and Urban Development (“HUD”) related to this matter. On October 26, 2013, the Palm Beach County Office of Equal Opportunity and HUD issued a finding of Cause against The Cove. Subsequently, the Disability Independence Group, and the law offices of Herb M. Milgrim. P.A. brought an action on behalf of the Tellers in Palm Beach Circuit and obtained a $275,000 settlement through mediation.

In November, Cuddles passed away after her own illness, and he will be fondly remembered by all who knew her.

Disability Independence Group hosted a wonderful committee of animal advocates for a brainstorming session on how to work together with the GOAL of creating programs, support systems and strategies that will allow the elderly, disabled and those in nursing homes or ALF’s to keep their pets or have the comfort of a pet. Some of the questions raised were: When folks have become elderly, ill, or need to go to a hospital or an ALF/nursing home, what happens to their pets? What if they are still in their home but can’t afford animal care and pet food? What safety nets exist to assist someone in those circumstances? What can we do to create those services when they don’t exist? How do we, as a community of people who care, begin a dialogue that promotes and recognizes the importance of one’s pet to his or her health and well-being? 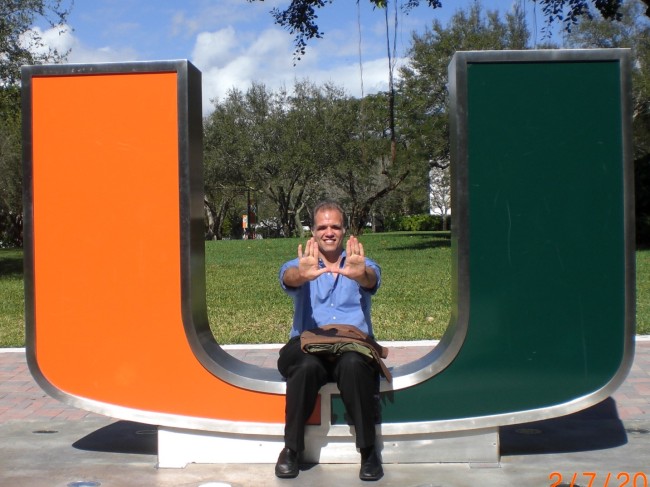 A core individual freedom is a one’s natural right to make decisions affecting his or her health or body. This freedom is an integral part of the dignity and control for persons with disabilities as well. One of the major goals of the Disability Rights movement is that each person with a disability has the right to self-determination – free from the patriarchal attitudes of the “able-bodied”. This right to make medical decisions extends not only to traditional forms of medicine, but also to alternative treatments that assists a person with daily life activities — whether these activities are physical, sensory, psychological or social. More and more people with disabilities are using animal companionship and assistance to help them with their daily lives. DIG is creating a new project to address the needs of people with disabilities who would like to use service animals or emotional support animals. The project is called “Animal Partners”.

If you go to justdigit.org, and read our newsletter or look at our blog at justdigitlaw.wordpress.com, you will meet Deborah Fischer, who uses a service dog, Sorenson, to assist her due to her multiple sclerosis. You will also meet Anthony Merchante, a six year old boy, who uses a seizure alert and protect dog, Stevie. Last month’s newsletter contained the fight of U.S. Air Force veteran, Ajit Bhogaita, to keep his dog, Kane, at his home to assist him in coping with his post-traumatic stress disorder.

Using animals as a component of therapy has long been recognize to cause significant improvements in cognition, social interaction and physical skills for persons with disabilities. Not only may an animal assist in physical activity, it also builds an emotional connection between a person and an animal promotes release of the neurohormone oxytocin. Oxytocin is responsible for inducing feelings of love and trust and is strongly implicated in pair bonding. For the past few years, more and more people with disabilities have chosen to enhance their lives and their condition by using animals as components of their care and lifestyle. This ranges from the elderly person that has depression or Alzheimer’s, a veteran that suffers from PTSD, an autistic child that needs a companion animal to become socially interactive, to an epileptic person that needs a seizure alert dog.

The law may allow people to have their service or emotional support animals in many public and private areas, however, many employers, or housing providers do not understand the law and they just automatically deny people with disabilities the right to have their animals. On the other hand, people with disabilities often do not know what is required to have a service dog, and the limitations of having an emotional support dog or a service dog. “Animal Partners” will attempt to present the law and requirements in a user-friendly manner so people will understand the rights and responsibilities relating to assistance animals. “Animal Partners” has a two pronged mission.

We hope you friend our “Animal Partners” Facebook site, visit the webpage at justdigit.org, and sign up!