Rachel Siler was looking forward to moving to Miami Beach in April 2016.  Rachel went to art school in Chicago and after graduating from college she started working in the Independent Living and Disability Rights Movements. Aside from this passion she has also represented the disability community within the Occupy and Anti-war Movements. When she isn’t fighting for social justice she enjoys reading, antiquing and designing.

For the past thirteen years, she had lived in cold and windy Chicago working at Chicago’s Access Living, assisting people with disabilities and a coordinator of Chicago ADAPT, an organization that has dedicated disability rights activists that engage in nonviolent direct action, including civil disobedience, to assure the civil and human rights of people with disabilities to live in freedom.  She found a job as an independent living specialist at the Center for Independent Living of South Florida and was ready to move to sunny Miami Beach.

As a wheelchair user herself, Rachel knew what she needed in order to live independently in Miami Beach.  She needed to live near to public transportation, a safe surrounding area, a building with an elevator, a residence that was affordable and accessible, and adequate green space so that her service animal, Minty could be walked.   Before moving down to Florida, she visited the area and hired a real estate agent. During her visit, she looked at eight residences. However, none these residences met her needs. When she returned home, the agent sent Rachel information about a condominium on Miami Beach at Abbot House Condominum, and it was perfect – one of the largest homes that she ever lived in.

She entered in to the lease with the owner of the condominium, and was told that a condition of moving in was physically meeting with the condominium association board screening committee and receiving written approval.  This was only supposed to be a formality.  So, Rachel spoke with the property manager, received permission to move her belongings in on May 21st, and packed and started the trek across the United States with her mother and a friend.

When Rachel came to Miami on May 20th, with her personal assistant, she did not get the reception that she was expecting.  The association manager met her and was shocked, he told her that she did not know that she had a “condition”.  She then went to a meeting with two of the board members of the Condominium.

Instead of speaking to Rachel, the board member started asking questions of Rachel’s assistant, as if Rachel could not speak for herself –

“No, she can speak for herself,”  said the assistant.  Rachel continued, and attempted to explain her existence, she explained that she works forty hours per week and she schedules personal assistants around that work schedule.  Notwithstanding the humiliation at having to explain the fact that she lives and works like any other person, the screening committee than attempted to try to convince Rachel why she should not live at Abbot House.

Rachel told the Board that she would pay for any modifications to her own residence and the buildings elements are accessible to her and she did not need any modifications.  When they could not dissuade her, the association requested that she sign a waiver, releasing the condominium from all liability from any injuries.  To live in her home, she agreed, and then was provided the keys to the public areas, including the exterior door with the wheelchair ramp.

But before she could move in, the property manager told her that, the board that approved her tenancy to her face, now decided to decline her rental request, and followed up with an email:

This is to inform you that Ms. Rachel D. Siler, as a prospective tenant of Unit 4A, was denied by the Board of Abbott House Condo under the powers and duties of the Bylaws of the Association (See two (2) pages of the attachment).

By the understanding of the Board of Directors of ABBOTT HOUSE, INC. A CONDOMINIUM, the building has not the appropriate accessibility for people with disabilities conditions for the following reasons:

– There is not an appropriate parking space for a disable people. All of them are narrows,

– There is not a restroom and bathroom accommodation, etc.

All of the above are part of the main considerations of the Americans with Disabilities Act (ADA). Therefore, the Association cannot be responsible for any future claim requested by Ms. Siler and any other officer of the Miami-Dade County

Stranded in Miami Beach, with no home, Rachel Siler, an independent living specialist, was in a nightmare that she would usually be the person who these issues would be reported to.  But in a new city, she did not 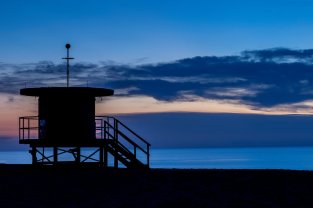 know where to turn.  She reached out to Disability Independence Group.

It is unlawful to deny a person housing based upon insurance liability concerns. Historically, people with disabilities have been stereotyped in many different ways. Some of the stereotypes used to label people with disabilities as incapable of living independently, having a job, having a social and sex life and enjoying their life to the fullest.

The most common barriers to persons with disabilities are not physical barriers, but the attitudinal barriers that lead to this type of discrimination.  The Fair Housing Act does not allow for exclusion of individuals based upon fear, speculation, or stereotype about a particular disability or persons with disabilities in general. This prohibition is both in housing, under the Fair Housing Act and with other accommodations under the Americans with Disabilities Act.  As discussed in the comments Americans with Disabilities Act, one “cannot refuse to serve a person with a disability because its insurance company conditions coverage or rates on the absence of persons with disabilities. This is a frequent basis of exclusion from a variety of community activities and is prohibited by this part.” See 28 C.F.R. § 36.202.

Turns out that the least of Abbot House Condominium’s worries should have been whether Rachel Siler would not be able to get around in her wheelchair and would injure herself. Maybe instead of assuming she was an invalid who sleeps with her personal assistant, the Condominium Board should have started with the premise that she had a job, a life, and a passion for helping others.  The real liability was the failure to acknowledge Rachel Siler as the die-hard disability advocate who works to help others destroy attitudinal barriers and harmful stereotypes.

4 thoughts on “No Wheelchair Users Allowed in a Miami Beach Condo!”